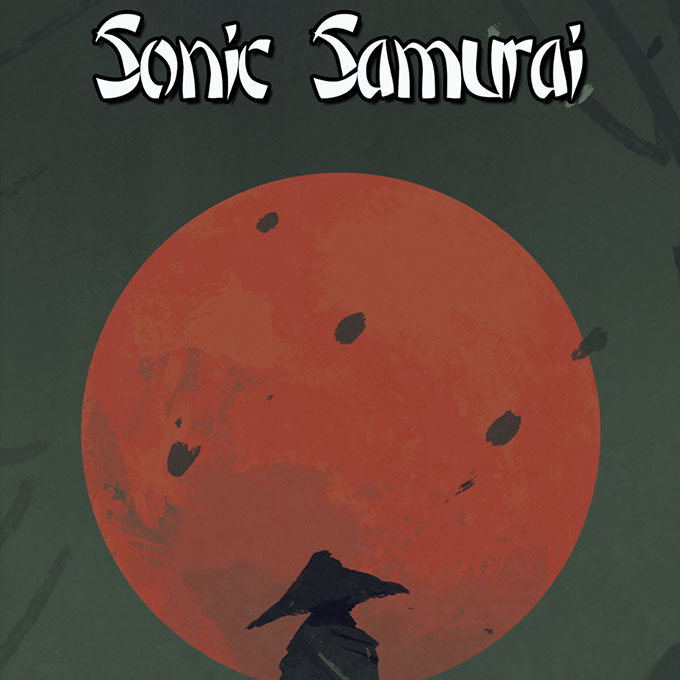 When you imagine a video game, you likely picture graphics. And when you envision a video game controller, it probably includes multiple buttons to use in combination to defeat your enemies. HappyGiant, a leading AR developer, and a team of former Lucasarts developers have used Bose AR to reconceptualize a classic gaming genre in the three-dimensional spatial audio world.

Sonic Samurai combines Japanese mythology with the latest in Bose sensors and spatial audio technology to create a brand new gaming experience. Players get the opportunity to move, strategize, and listen carefully in this revolutionary game.

The Sonic Samurai player is a blind Samurai in feudal Japan. Equipped with any Bose AR device, Sonic Samurai players use their phone as a sword. Being without sight, players must rely on the narration of their magical sword to understand their surroundings and learn how to conquer enemies, which are varied and require multiple tactics to defeat.

“One of the things that’s unique about it as a Bose game is that you use your phone as an extension as you’re playing the game, and your phone becomes your sword,” says Mike Levine, Studio Head and Co-Lead Designer on Sonic Samurai. “You hear enemies in spatial audio and use your phone to strike them, and then learn to duck and block as you play. The technology allows for a whole new technique of play.”

The game’s user experience is delivered with a careful combination of the Bose AR sensors and those on the player’s smartphone. “You have to be able to hear where the enemies are, turn to face them, and strike, block or counter, depending on the enemy type,” says Levine.

“We thought we knew everything about AR. We needed to throw out our conventional gaming wisdom to create an audio-only experience. In most games, the audio gets thought of last. Audio is everything in this game.” Mike Levine, Co-Lead Designer on Sonic Samurai

The Bose AR spatial audio component is what allows the player to understand an enemy’s direction, while the gyroscope allows the player to turn and duck in response. Since the game resides on the player’s smartphone, it allows them to utilize its gyroscope and accelerometer to turn it into a sword. “You see a lot of smiles and giggles and laughing while people are playing these games because people aren’t used to getting up and moving around and using their bodies to engage with a game.”

Levine and team at leading AR gaming studio HappyGiant built a demo of Sonic Samurai over the course of a weekend at a Playcrafting event, where they created basic features and only one level. But it planted a seed of possibility, with both Levine and Bose.

“It was a real meeting of the minds between us and Bose,” Levine adds. “We decided we wanted to leverage the Bose AR versatility to revisit this game and make it a complete experience people could play through, enjoy, and play again.”

Over the next couple of months, in collaboration with Bose, the studio built out a multi-level game with polished timing, physics, and enemies. “We’ve made it much more game-like now,” says Levine. “Enemies must be within a certain range to attack, some take multiple hits to take down, and the timing combos of blocking versus striking are much more strategic. The technology has really allowed us to build out a whole new system of battle mechanics.”

Sonic Samurai developers maintained an open channel of communication with Bose, particularly when it came to questions about how to update and integrate the SDK.

This snippet from Sonic Samurai’s code shows it tapped into both rotation and gyroscope from the Bose AR SDK:

“The SDK is a lot of fun to work with. It makes you think in different ways as a game developer,” says Ian Cubin, Lead Programmer at HappyGiant. “The sensors and the SDK open up a world of new use cases for creators.”

Levine and the team were inspired by the opportunity to deliver brand new experiences to players. “In this age, people have seen everything. But being able to explore your surroundings with spatial audio is very powerful, new and different. It’s bringing space to life in an invisible way that you have to hear to experience. Audio and sounds can exist in a real space that you have to walk over to engage with. That’s a new concept in gaming.”

Going forward, HappyGiant plans to seek out more player reactions, show Sonic Samurai at trade shows and Bose events, and gather feedback. From there, Sonic Samurai developers will go back to the drawing board. They hope to further utilize the available sensors and accelerometers to build out new enemies and higher levels, as well as add special powers to the collectible sword. “We want to take the game’s paradigm and bring it to other environments,” says Levine. “We want to explore new things like a western theme or fighting robots in the future.”

Even with these opportunities on the horizon, Sonic Samurai has come a long way since its inception. The Bose AR platform allowed the game creators to make their vision a reality and Bose AR continues to allow for an even more revolutionary future for Sonic Samurai. “All the feedback has been off the charts for us,” says Levine. “It was tremendously popular in the demo stage and since then we’ve gotten a lot of feedback from people saying it’s one of their favorite Bose apps.”