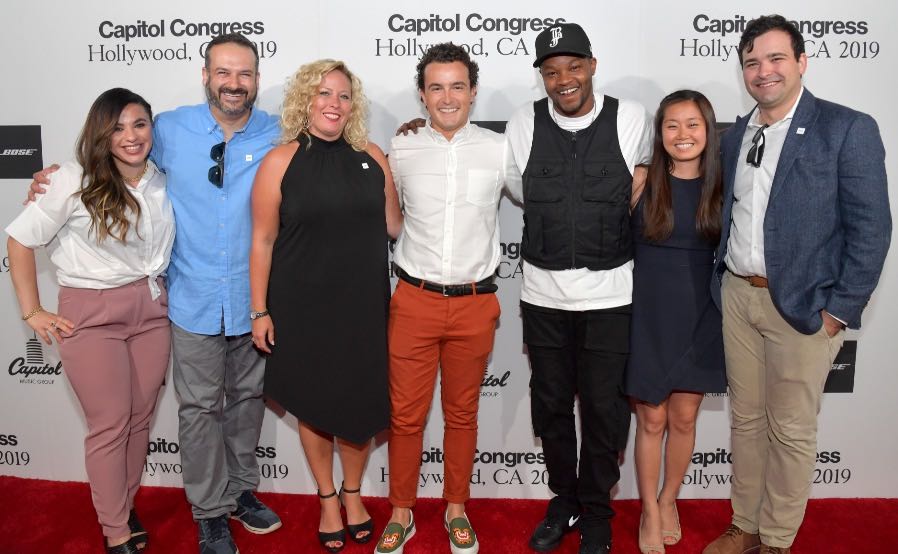 This year, Bose and Capitol 360 labs launched a partnership dedicated to advancing the music industry with technology. Since the first code jam in Detroit, which was a product of this partnership, our team has been actively supporting and driving forward the Bose AR apps and experiences built by our Developers. As part of this strong partnership, Bose also had an incredible opportunity to be a part of the Capitol Records family by making some key product announcements at Capitol Congress.

Held in Hollywood, Capitol Congress is Capitol Records’ annual conference to showcase some of their upcoming music as well as host a series of short moderated chats with Capitol’s keys artists and leaders from within the music industry. One of the key announcements made by Bose at this event was the Creator tool.

Similar to the Bose AR SDK, the Creator tool enables developers and artists to build unprecedented experiences for their audiences. The Creator Tool is a UI-focused technology that would allow users to easily deploy experiences without code. Bose’s most recent partner, BJ the Chicago Kid, collaborated on experiences with Bose using the Creator Tool. These experiences were launched on Bose’s Radar app that was later demonstrated to attendees at the Capitol Congress afterparty in Studio B.

While the Creator tool is still not available to the general public, Beta access can be requested here. You can also follow along with the most recent updates through our blogs and twitter. While BJ’s experiences are not live to the public yet, his music stems will be available at Capitol Royale.

Capitol Royale is a weekend-long code jam that will be co-hosted by Bose and Capitol Records in Los Angeles, CA from November 15-17. Although the code jam will be a developer-focused event enabling the use of Bose AR SDK for iOS, Android, or Unity; it will also include insights from a panel with experts from the Music industry. You can register and get more info here.

To get started with the Bose AR SDK sign up here and then navigate to downloads.